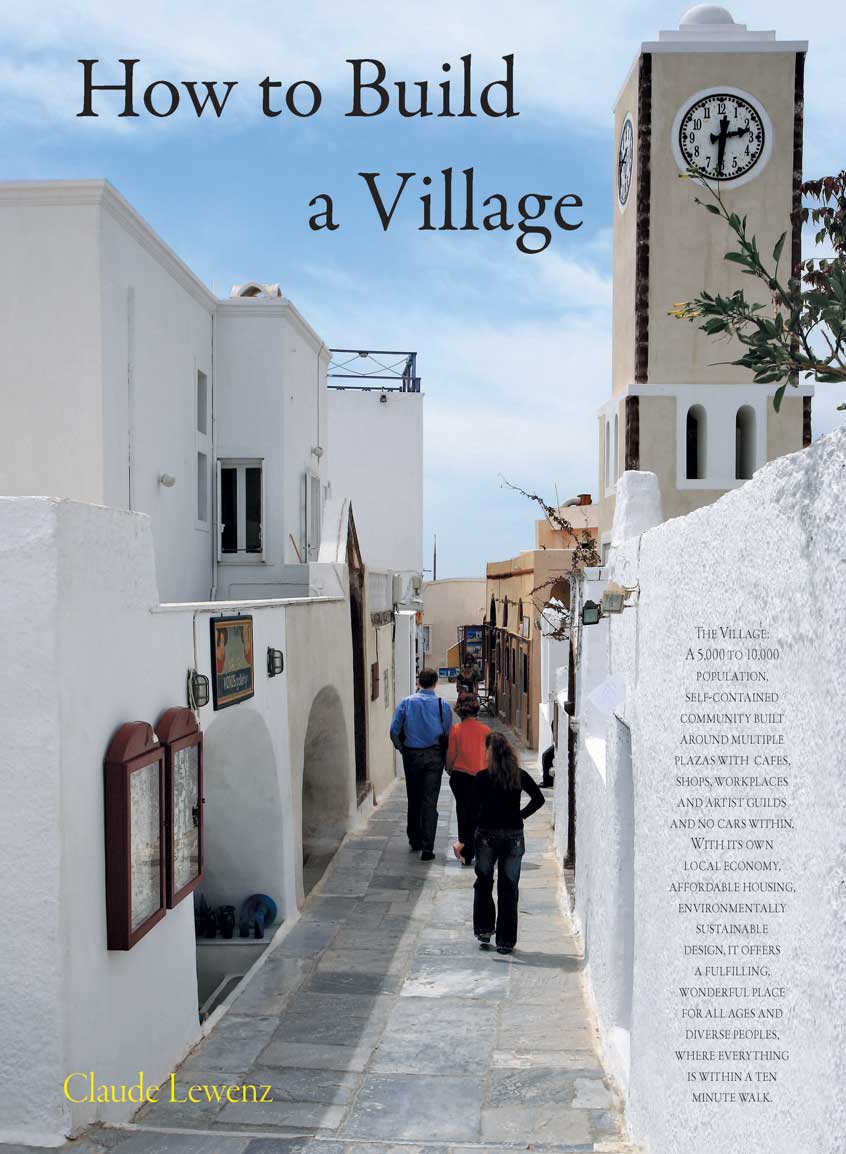 Available in New Zealand from the author – signed NZ$60 + postage 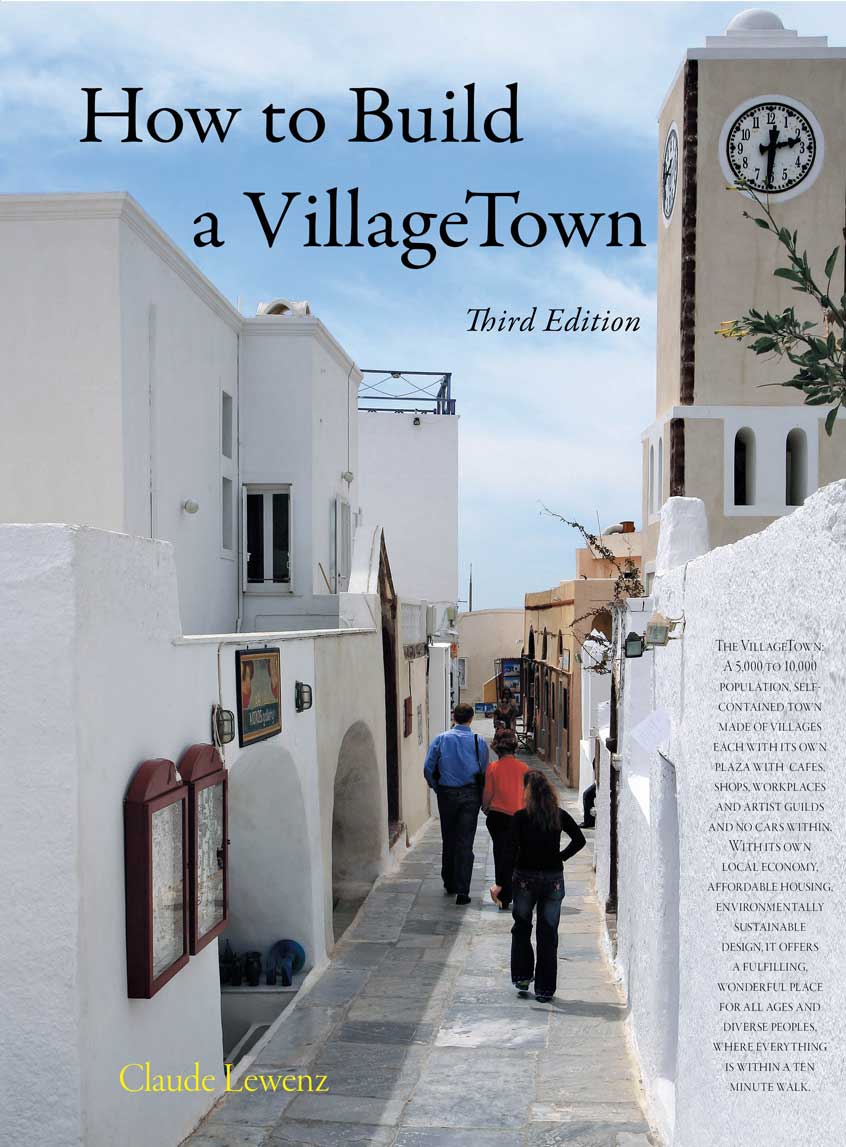 Available online from Amazon and most other booksellers. Hardbound or paperback. Published 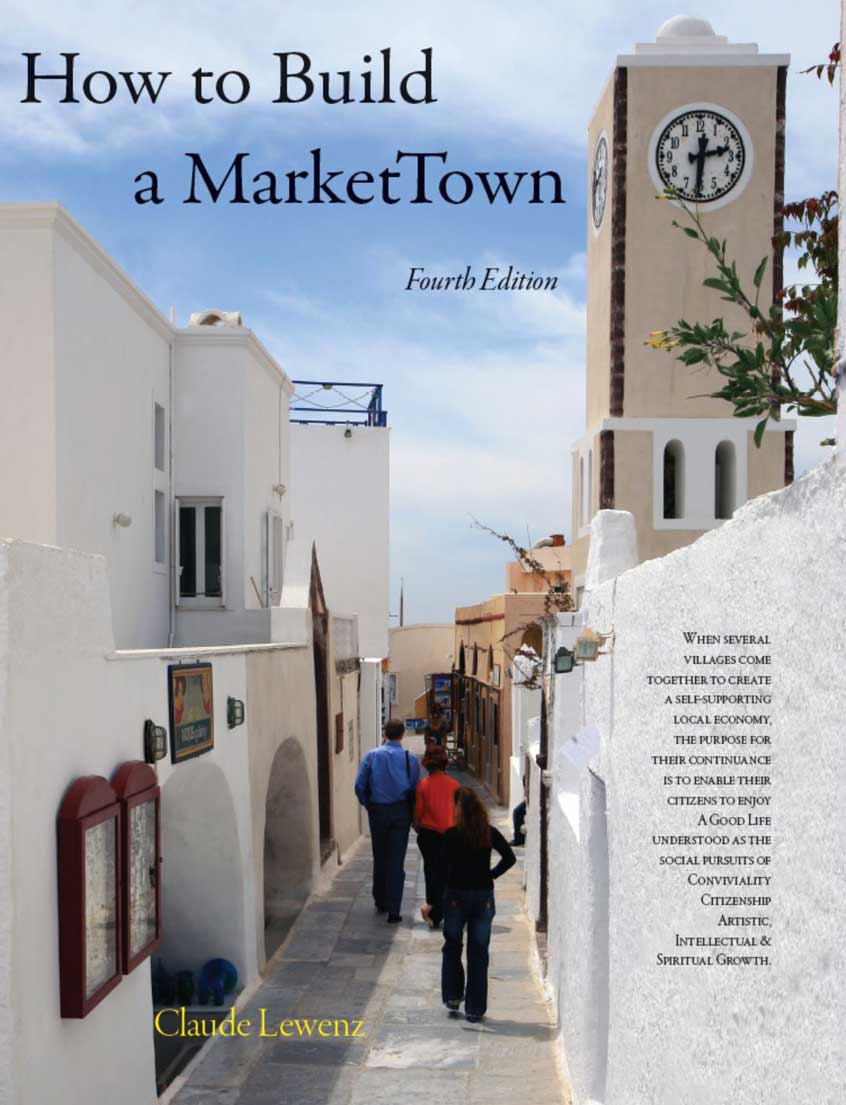 The 4th edition is in draft form, available from the author in a pdf that can be printed locally. The major change is rebranding as MarketTown with updates reflecting advances in technology and market changes. 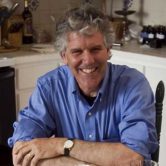 In 2007, Claude had a choice to do a PhD or write a book. He decided putting all his research in a book would be more useful than a parchment on the wall. A book has a life of its own. It travels, it is passed around, and it lasts, not dependent on tech.

If you are in a hurry, ignore below, just buy the book and enjoy it. When you are done, pass it on or loan it to someone else. Don’t let it collect dust.

A visitor showed up in Claude’s kitchen. That happens from time to time. No idea who he was or why he was there. At one point he turned to Claude and asked when are you going to finish your book?  This would be a reasonable question, except it came out of the blue. No one knew that Claude was organising his research into a form that others could use. Without thinking, Claude replied September. The visitor held out his hand, shook Claude’s and said good, you’ve committed. And then after a bit of unrelated chat, he left. Never saw him again.

Luckily, Claude had not said which September, because it took a year, but it was published in September, although it was December when the cartons of books arrived by ship from Singapore.

There were a few challenges: Claude had never written a book before, had zero skill in drawing, yet many of this concepts needed to be illustrated not wordsmithed, and while the concept was clear, there was no single place on earth where it all existed. It would be a matter of putting together pieces, of weaving patterns and ideas.

The writing part was the first challenge. How does one write a book? As it happened, another visitor to the Lewenz casale (an Italian-style country place made of multiple earth-brick buildings overlooking the seaside on an island) was a prominent author who visited soon after the mystery visitor. How do I write a book? Claude asked him.

The author replied: “Writing is not the problem, getting people to read it is… You have six seconds,” he said. “They will pick the book up and look at the cover. In six seconds they will either put it down or turn it over and read the back cover. After that, they move on or they open your book. If you can draw, take photographs, but buy a professional camera and teach yourself how to take a good photo and master PhotoShop so the picture tells the story. In the text, write in 3-minute bites, so you can leave a copy in a cafe, and it can be picked up and read one cup of coffee at a time. Then project how many copies you expect to sell and double it. Put pressure on yourself to succeed.”

Good advice, it worked… there was a lot more: How to tell a story, engage the reader, get your message across, and mundane details like using InDesign for layout, Singapore book printers and how viral marketing works.

People liked the idea, and plenty more came around to help. Graham Glamuzina, owner of Progear a camera dealer, heard about the project and sold Claude a Canon red-band 5D camera kit at dealer cost. Gidon Graetz and family, who own a castle in Florence offered use of one of their castle apartments to serve as a base in Italy. Even Hertz came to the party, providing a car for a week in Italy for €2.

The front cover is the main street of a village in Greece. A million people walk it every year, yet it is two metres wide. It was to show planning officials there are better alternatives than streets that must be big enough to allow fire trucks to turn around (see https://www.baconsrebellion.com/archive/issues/06/12-18/Bacon.php). And to digress, the village is non-combustible, built out of stone and plaster.

The book passed the 6-second test. Watching customers in bookstores, the average time a reader held it, reading it, was about 30 minutes. Cafe copies, left in local cafes had to be replaced from time to time as the books wore out from so many readers.

The first edition print run was projected to sell 750 books. At the launch at the Australian Woodford Festival on New Years’ 2008, the audience was packed, over a thousand for each presentation. All the cartons sold out and sales soon blew through 1,000 with a large uptake in Australia and New Zealand. Only a few first edition copies remain with the author.

Time for a 2nd edition, but by that time print on demand (POD) became more accessible. In POD one uploads the book and cover in pdf form to the cloud, provides a bank account to deposit royalties and you are done except for spreading the word.

POD is another technology game-changer. People order at a bookstore or online, and electronically the order is sent to a printing machine in Kentucky that prints one copy at 800 pages per minute. It instantly prints the hard or soft cover, binds the book-block and cover together, inserts it in an box, prints the return address of the vendor and deposits a royalty cheque in the bank. The book arrives in the post.

It is this shift in technology that makes the MarketTown possible. Yes, it does turn the familiar upside down as global companies like Amazon put local independent bookstores out of business, which is a loss to a community that looks to the store owner for advice. But it opens up new possibility as well. For those who publish a book not as a commercial venture, but to share ideas and make things happen, it allows far more effective use of their time.

Traditional publishers spent money on marketing. Book store owners would make it their job to know about and recommend new books. POD bypasses them, which means someone has to get the word out. All part of the industry disruptions of technology.

In Claude’s case spreading the word proved easy because the book went viral. It was picked up by bloggers, mainstream reviewers and by independent booksellers who promoted it. The ideas captured people’s imagination, they wanted to live there. Some wrote to say they had been dreaming their whole life of living in such a place. Others thanked Claude for writing the book they wanted to write. Politicians over 50 became personally motivated. Having put a parent in a retirement home when they stopped driving and a nursing home when they became infirm, the politician looked at their own final stages of life and saw the need for their own Plan B.

The book contents began to be quoted in other books, with interest ranging from Nepal to South Africa, China to Germany. One independent bookseller in Ukiah California promoted it to the point the Chair of the Mendocino County Board of Supervisors invited Claude to determine feasibility to build a town in their county. In visiting homes in Ukiah, he would see POD copies of his book – it had struck a cord.

As a book, sales continues to do well with numbers in the high thousands. Demand has been sufficient to require updates, with the 3rd edition online now, and the 4th edition when Claude can find the time to update it. The updates are needed both because of how rapidly the world has changed, and because some of the concepts took time to come clear.

Technology changes. In the first edition, Claude cites Cisco’s telepresence, a $100,000 video conferencing system. In the 3rd edition, it is Skype. Now, if the 4th edition ever makes it to print (too many other things on at the moment), it is Zoom.

Reality changes: And then, in March 2020, the world shut down with the COVID-19 virus, presenting a strong argument for a self-contained society and local economy that can be sealed as one big bubble, to prevent the spread of a virus in a pandemic without wrecking the economy and asking people to fear normal social connection.

Name Changes: It’s always a challenge to come up with a name for an idea, and in the first edition, Claude just called it the Village, as it How to Build a Village. But in talks, feedback would say 5-10,000 people is more like a town. By the third edition in 2014, Claude coined the word VillageTown, as in How to Build a VillageTown making reference to the 20 side-by-side urban villages that make up the town. But it still did not seem right. It was in a phone call with an economic adviser to the NZ Prime Minister that it popped out. The adviser hailed from England, so Claude explained “It’s like your old market towns of England where the Crown gives a charter to establish an economic base – the foundation upon which a good life is built” .

“Market Town” … The adviser instantly got it, understood the concept, and the idea finally had the right name. It has the shape, the size and the economic foundation, with the only difference being the market is based on technology not local farming.

Thus, the fourth edition with the third variation on the title: How to Build a MarketTown, needs to be released. Claude has done most of the work, but this time, he would prefer to find a good editor to give it a makeover. In the meanwhile his time is focused on actually building the first town.